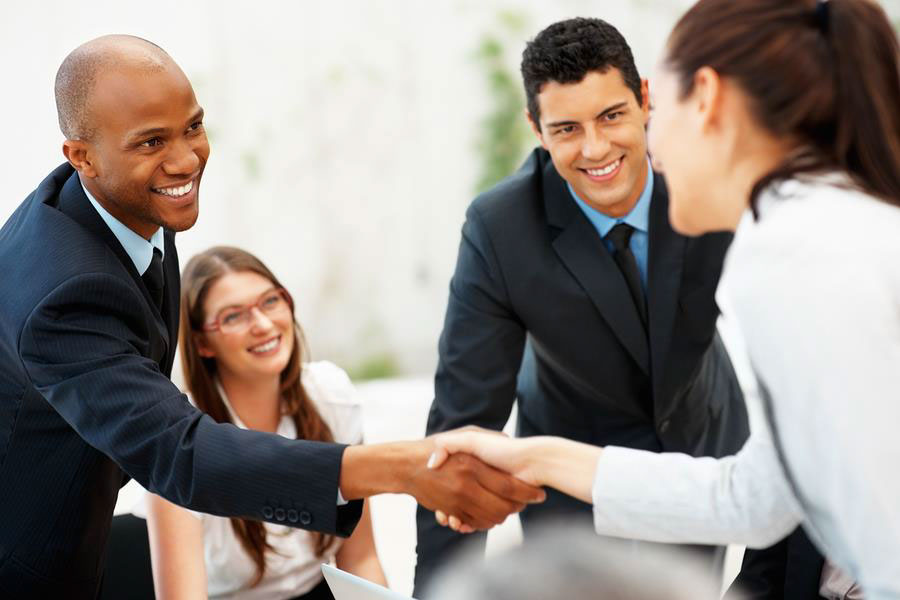 Expert opinions diverge widely on how many times one should bring a candidate in before making a hire.  Various sources cite numbers ranging from two all the way up to 10.  Many companies rely on a variety of tried-and-true algorithms to determine the “ideal” number of interviews for ensuring the right candidate gets chosen.

All these strategies aim for the same essential goal: to find top talent while creating a minimum amount of work for the decision maker.  In addition to wasting hours of company time, an excessive number of interviews can also create stress, spread negative word about your company, and even put a candidates’ existing job at risk.

What is the ideal number of interviews per hire? The answer depends on a few interrelated factors. Here’s how to determine the right balance for your organization.

Risks on each side

We’ve all heard stories of companies that subject candidates to exhausting interview processes. The CEO of one tech firm insisted on an absurd seventeen interviews per candidate, per job.  Google was once known for subjecting candidates to interviews with dozens of potential colleagues. The problem with tactics like these, is that you will soon hit a point of diminishing returns.

Lengthy interview processes consume valuable hours for the company and candidate alike. Repeated interviews create stress on the candidates and their families, not only by extending the period of nervous waiting, but also by forcing candidates to make excuses for repeated absences from their existing jobs, possibly losing wages and, in extreme cases, losing an existing or potential job in the process.

Even worse, excessive questioning sessions can cause highly qualified candidates to grow frustrated and drop out of your interview process. Along the way, they may spread negative word about your company in public forums, denying you opportunities to interview top talent in the future. And as Google themselves discovered, you’ll eventually hit a point where there’s nothing else relevant to learn about a candidate, and you’re just repeating the same questions asked by different people.

However, an overly rushed interview process also carries risks.  Sometimes, if you hire the first candidate who impresses you, you’ll never know if the next candidate in the waiting room would’ve been better. If you don’t take the time to introduce a potential hire to your entire management team, or to ask them a full range of relevant questions, you might fail to discover a serious weakness until it’s too late.

On the other hand, sometimes the first person who walks through the door will be a star.  Don’t make the mistake of passing just because they are first.

In light of these risks, it’s crucial to pinpoint the ideal number of interviews for each candidate.

Although Google’s reputation for “death by interview” was well-deserved, the company eventually assigned a team to conduct internal research, crunch the numbers, and discover the ideal number of interviews for selecting the right candidate.

The research team found that after four interviews, you get diminishing returns. In other words, even when you’re interviewing world-class talent for roles requiring intensive technical expertise, you’re not going to learn much of anything new after the first three or four interviews. If you like a candidate after four interviews, they’re probably the right person for the job.  If you’re still unsure by that point, it’s probably time to move on to another candidate.

At the same time, it’s worthwhile to remember that, in mathematical terms, the optimal candidate to hire may not be the one who’s perfect for the job. Say, for example, that you’ve got a pool of 100 candidates, one of whom is more ideally suited than all the others. The only way to know which of the candidates is the most ideal, for absolute certain, is to interview all 100 of them – wasting hundreds of hours of company time and causing many candidates to drop out along the way.

The best solution, discovered in 2006, is to interview the square root of the total number of candidates. If you have one-hundred candidates, interview ten. But the point here is, don’t let the perfect become the enemy of the good. If, after three or four interviews, you’re reasonably confident that a candidate is well-suited for the position, the optimal strategy is probably to hire them, rather than invest more time in finding a candidate who might be slightly better.

As in many areas of life, the ideal candidate isn’t the one who exceeds all your expectations, but the one who offers the best return on your time investment.  In many cases, the way to ensure you’ve found that person is to simply quit while you’re ahead.