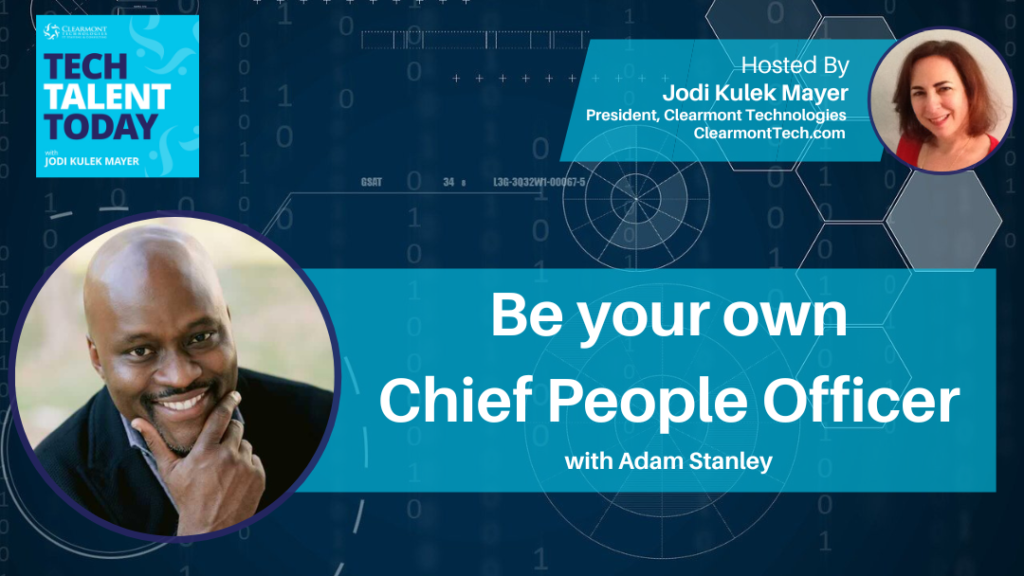 In this episode of Tech Talent Today, I’m excited to be joined by Adam Stanley, Chief Experience Officer at Teach for America. Adam is a results-driven board member, executive leader, and business partner with a Wharton MBA and over 20 years of achievement in driving value from technology and operations investments. Some of Adam’s most notable awards include CIO Magazine’s CIO100, Crain’s Chicago Magazine’s Notable LGBTQ Executives, and Savoy Magazine’s Most Influential Blacks in Corporate America. Despite all of his awards, Adam says his greatest accomplishment is the relationship of respect he’s built with people he has worked, volunteered, and learned from during his professional journey. Listen in to learn more from this influential individual.

The move to non-profit

The Chief Experience Officer’s role in hospitality focuses on the experience of the tenants entering the building. At Teach for America, Adam focuses more on the experience of the program. His job starts by recruiting people in the university system into the classroom. The goal is to encourage people who are interested in all kinds of things to want to make a difference by spending time teaching. That encouragement into leadership is a theme throughout the program itself, from the beginning through becoming alumni. The Chief Experience Officer’s role at Teach for America encompasses such a broad range that a for-profit company might title it the Chief Product Officer.

The change in Adam’s career was completely serendipitous. Adam had retired from Cushman & Wakefield after eight amazing years as CIO and was going to take a break. He wanted to explore, make an impact, and change the world. Then someone approached him and asked if he was interested in filling the need at Teach for America. Looking back at that, Adam realizes that that path was similar to his path in the corporate world. He had already worked as Chief Digital Officer and interim Chief People Officer and is now working in that same world as Chief Experience Officer at Teach For America.

The role of the people team

HR is the center of your business. And while everyone says they care about people, until they’re in that position, they can’t fully understand. One of the most blatant flaws in the relationship between the people team and the business and all of the other functions is the number of times executives think they have outsourced to the people team. The people team is there to enable, train, and educate on the opportunities to do better with talent and developing people. However, their job is not to develop talent. Organizations struggle with talent because managers aren’t focused on developing their workers and instead assume that’s what the people team is supposed to do. Perhaps if people focused on developing internal talent, the overall struggle for talent would be less of an area of pain.

Hire for values and character

Adam began his career in strategy consulting, where the norm was to work ridiculously long hours. He then went into banking, insurance, and real estate, all relatively homogenous organizations. These industries tend to have a significant bias towards people who act in a certain way. The idea of someone being a good fit or not was frustrating to Adam because it was keeping the organizations from growing and having a diversity of thought and perspectives. So he started to dissect what the word “fit” actually meant.

Most people consider not fitting in to mean not feeling a connection or not being able to see themselves working with someone. This understanding is based on lived experiences. If people have spent most of their lives with certain people, they’d be more comfortable with them by default. However, if the concept of “fit” is taken out into its component parts, the main things that make someone comfortable with someone else are trust, conversations, and authenticity. If companies start to hire for the essential characteristics and values, it makes hiring so much easier and the outcome so much greater.

Perhaps if people focused on developing internal talent, the struggle for talent wouldn’t be an area of pain. #Focused #Develop Click To Tweet